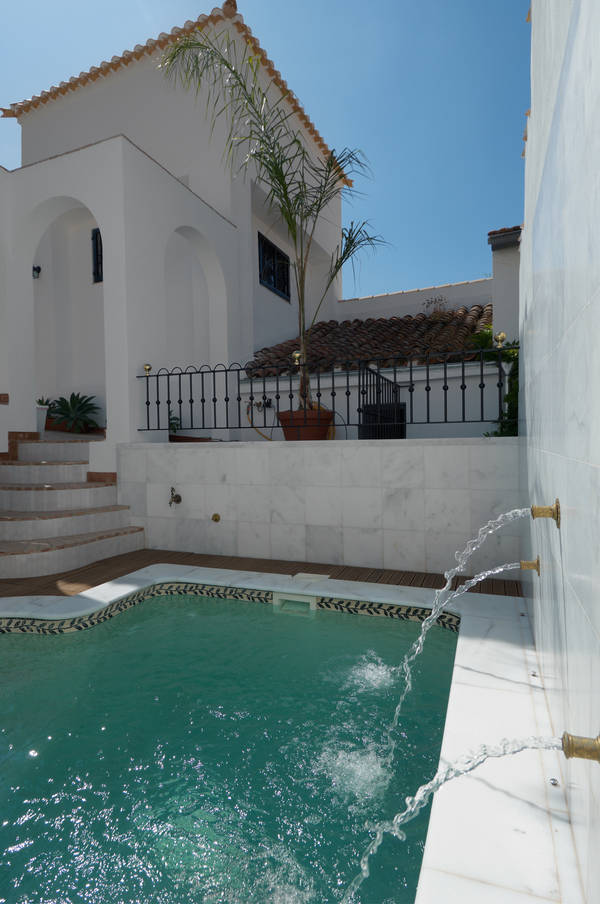 In the Arab world, the hamam was one of the most important elements of daily social life. Bathing was an activity with a strong ritualistic significance as according to the Koran, water not only cleansed the body but to an equal extent the soul.
At the same time, both private and public baths had an important social function. Apart from serving as a welcome relaxation from the busy working day, it was also here that one carried on conversations of a more private nature.
In the Middle Ages, hamams were very common all over the then Al Andalus. They were used by both men and women who, however, never bathed at the same time.
The original Arabic baths had different rooms. Apart from changing rooms there was both a section for hot and cold baths. The main room was the warm zone and it was here that bathers congregated most of the time. This was a room for conversation, where one often enjoyed a cup of tea while one bathed.
There is no information available on how many baths there were in Albuñol at this point, but as the town had great strategic significance, the number cannot have been so little.

Our bath is build of marble and has three fountains. It is primarily used to keep the body comfortable in the blazing heat but also serves as a place of quiet meditation in the warm summer nights where one can sit and enjoy the moon and stars in the cool waters. It is also the favourite play area for children. 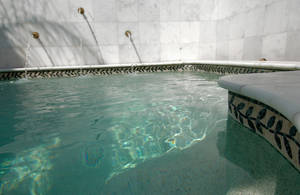 We created the arched wall to give an impression of a typical Andalusian patio. In order to avoid a solid wall and preserve the view of the hamam and one of the town’s Ermitas, we cut the arches. 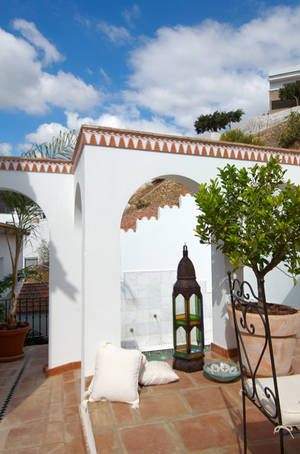 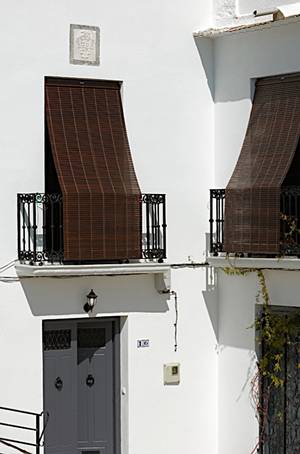 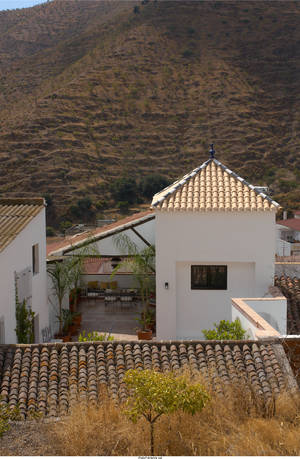 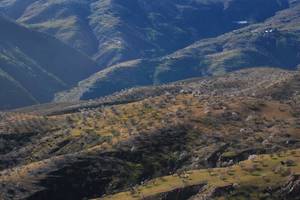 Granada rings of poetry, and this is very apparent in the original Arab area Albaicin, which is situated across from the Alhambra palace. Here can found grand mansions, so-called Carmenes, of which some have been erected following strict Muslim templates and others adding elements of the “newer” Christian building tradition, Mudéjar.
The small shadow-filled streets with their whitewashed walls give no clue whatsoever to the
overwhelming luxury that awaits the visitor when he or she enters one of these Carmenes. These building originally served as urbane fruit and vineyards, with gardens full of pomegranates, citrus fruits, figs and vines. The gardens were tidily laid out in decorative patterns of trees, flowers and bushes which crawled atop walls and up facades. They hid countless niches which were used for meditation andrelaxation from the cares of everyday life.
Even the word Carmen comes from the Arabic word “Karm”, which means wine. Today, these buildings
have lost their original identity and function and now largely function as private luxury residences.

THE URIZAR CLAN IN THE HOUSE OF THE BLUE SHADOWS

Similar Carmenes can be found in the larger towns outside Granada, and the House of the Blue Shadows is one of them. In its second great period from around 1800-1900 it was inhabited by a Basque noble family from the Urizar clan, whose coat of arms proudly decorates the façade.
The first Urizar who came to Granada was a sort of Münchausen-figure, who had nothing but hisnoble title left. Despite this, with a mixture of bluff, cheating and outright lies he managed to establish himself as a lord of the manor in Albuñol. For the next five generations, the family was one of the mostimportant ones in the town. The last Urizar, a widow, died about 100 years ago. After this, the house remained empty for long periods or was rented out, at the same time as it slowly but surely fell into disrepair.

Like a waterfall, imaginary water created by black azulejos flows from the mouth of the Salamonic lion and creates the four rivers which appear in the Koran’s description of the Garden of Eden. This feature, dividing the garden up into four, is called a Chahar Bagh and is one of the pillars of all Islamic architecture from the Middle Ages. Since then, it has been adopted in most Christian buildings because of its beauty and aesthetic rigour. 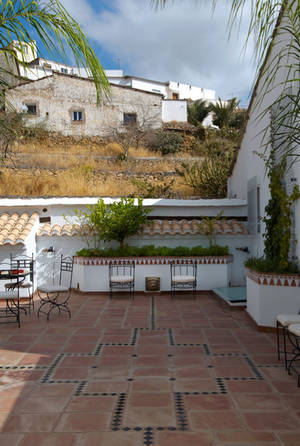 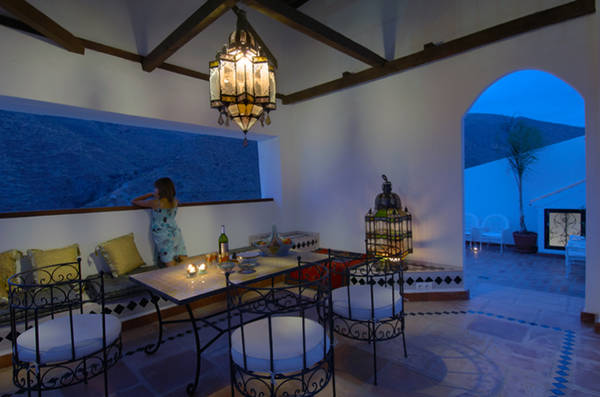 The original Tinao (covered terrace) served as a place for drying crops and game, which was possible because of a constant through-draught. The Moors made use of this breeze in miradores (elevated terraces) when they sat and dozed in the heat with a pot of mint tea. The tea salon is likewise the most comfortable place to sit in the summer heat, which can easily rise above 40 degrees C.

The bench is a traditional element in a Carmen Granadino, and is ornamented with black and grey azulejos.

This terrace is the most private outdoor area and makes it possible to enjoy the mountain, which is illuminated by the town and the moon, completely undisturbed. When you sit down, the town’s houses disappear and only the mountain looms up. It is here that the summer nights are spent and here one can experience the connection between the wisdom of the grape in the glass and the vines on the Cerro del gato (The Mountain). 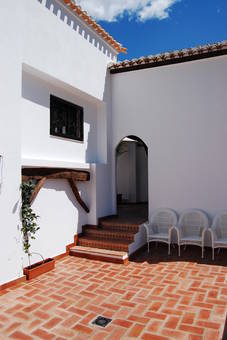 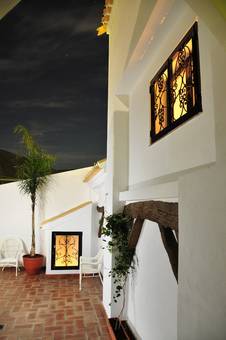 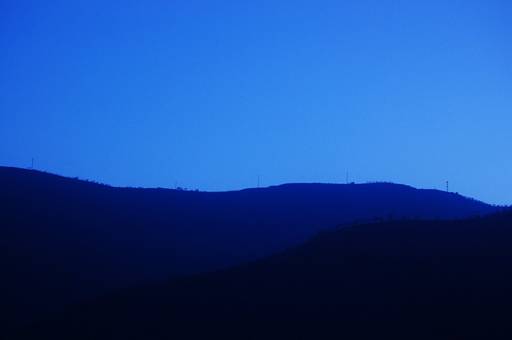 If you are interested in the landscape and the town around the house, you can go to the tab in the menu
line entitled “The environs”.